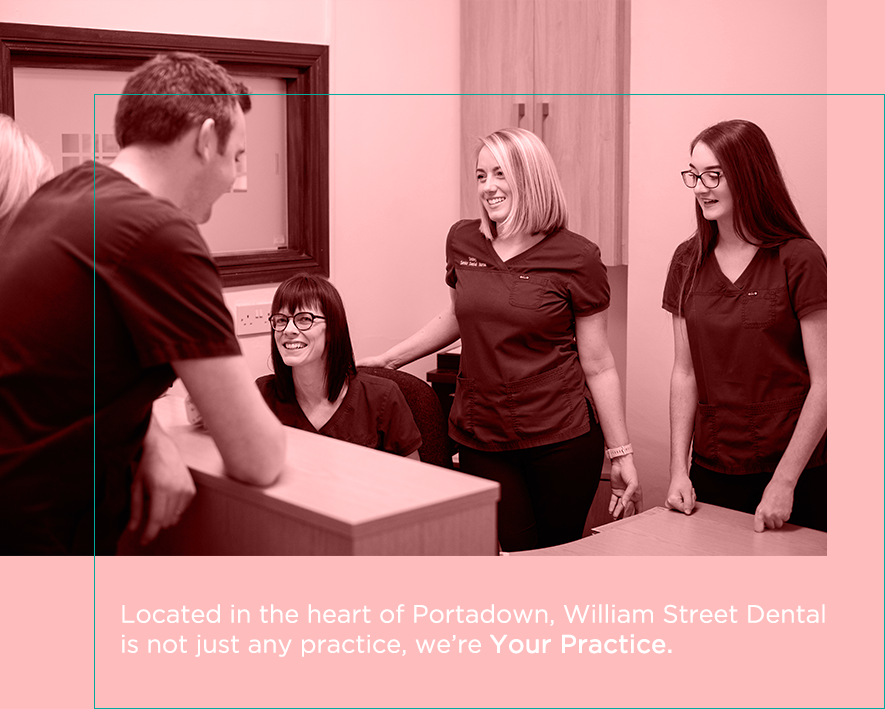 A BRIEF HISTORY OF YOUR PRACTICE

As the longest established practice in the area, William Street Dental has proudly offered outstanding standards of care to generations of families in Portadown and the surrounding area for more than 50 years.

Established 19th June 1967, Noel Maguire quickly built the practice, and his reputation, on the core values of: Compassion, Integrity and Dedication. Noel’s daughter Nuala also worked at the practice as a dental nurse for almost 20 years. The Maguire family believed in welcoming everyone with a smile and always delivering outstanding family dental care. It’s these values and beliefs that continue to inspire the practice to this day.

GROWING FROM STRENGTH TO STRENGTH

Following Noel’s retirement in 1992, his son Paul took ownership of the practice and his passion for family dentistry and continuous professional development resulted in William Street Dental becoming a NIMDTA verified postgraduate dental training practice in 2000.

A NEW GENERATION OF CARE

In 2010, Paul welcomed Dr. James McKee into the practice.

As James’s mentor, Paul instilled the same high standard of clinical expertise and dedication to patient care which led to James becoming the principal dentist and owner of William Street Dental in 2018.

James is proud to be part of the heritage of this established family business and strongly believes in the core values originally introduced and practiced by Noel and Paul. 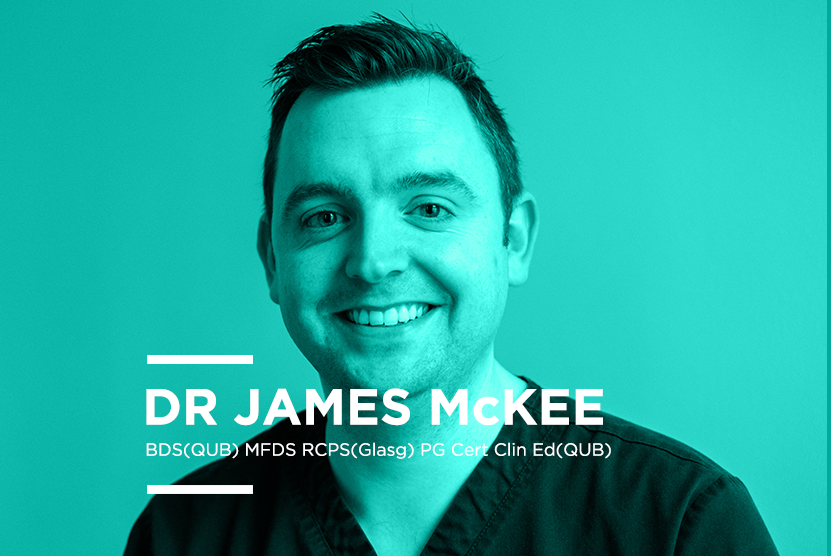 If you need any help, just ask one of our friendly team

Visiting your practice is easy

Located in the heart of Portadown, William Street Dental is within easy walking distance from both bus and train stations.
There is also free on street parking available as well as additional low cost parking on William Street if required.

We want to help you make the choice that’s right for you. At William Street Dental we strongly believe that by taking the time to perform a thorough assessment we create a pleasant and informed patient experience in a friendly environment where you can freely discuss any concerns you may have.

In 2010, James qualified from Queen's University Belfast with a Distinction in Practice of Dentistry. As an undergraduate he was awarded the Pitt-Ford Prize for excellence in Endodontology and achieved one of only four places on the Northern Ireland General Professional Training Scheme.

Since qualifying, James has worked at William Street Dental, honing his impressive skills and developing a keen interest in all areas of restorative dentistry. He has undergone further specialised restorative training in implant-retained prosthesis and comprehensive orthodontic treatments. Other qualifications include:

Diploma of Membership of the Faculty of Dental Surgery of the Royal College of Physicians and Surgeons of Glasgow, 2012

Postgraduate Certificate in Clinical Education from Queen’s University, enabling him to teach undergraduates in the School of Dentistry, Belfast, 2016

James is also involved in dental politics and has lobbied on behalf of other dentists and sat on a number of committees within the British Dental Association including the NI Dental Practice Committee and was Northern Ireland’s representative on the National Young Dentist Committee.

Outside of dentistry, James enjoys spending as much time as possible with his wife Eimear and their son, Patrick. He also has a keen interest in golf and enjoys running.

Paul completed his dental training at Liverpool University in 1987 and has excelled, not only as a dentist dedicated to the highest standards of care, but also as a vocational trainer after William Street Dental became NIMDTA verified in 2000.

With more than 25 years experience at William Street Dental, Paul has always strived to keep his techniques up-to-date and has a particular interest in minimally invasive dentistry, is focused on patients keeping their natural teeth, and has a particular skill when it comes to treating nervous or anxious patients.

He has also played an important role within the British Dental Association and has sat on numerous committees lobbying on behalf of dentists and patients.

Paul lives in the Portadown area and enjoys spending time with his family, cooking and, when he finds the time, golfing. 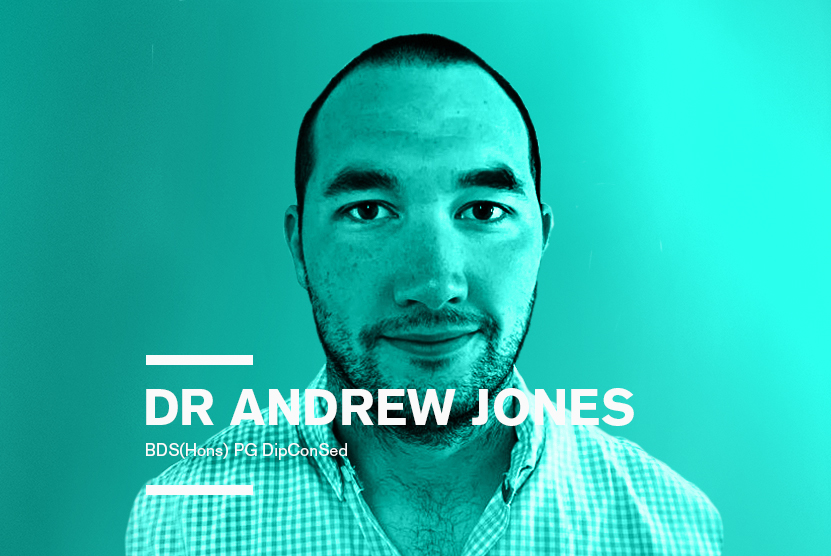 Andrew Jones graduated with honours from the University of Sheffield in 2011, with a keen interest in treating anxious patients he undertook a number of conscious sedation and anxiety management courses culminating in completion of the Postgraduate Diploma in Conscious Sedation from Trinity College, Dublin in 2015, he also teaches sedation techniques to other dentists and dental nurses in the UK and Ireland.

Andrews main clinical focus is on implant dentistry having recently completed a Masters in Clinical Implantology (MSc) at the prestigious University of Central Lancashire. He enjoys all aspects of implant and surgical dentistry but in particular utilising the new digital technologies to really help communicate with and involve patients in their treatment planning and ensure excellent and predictable treatment outcomes.

Andrew lives in Portstewart with his wife Sophie and two young children and enjoys spending his free time on family travels and adventures.

Louise joined the practice as an associate Dentist in 2021 and has proved to be extremely popular with our patients. Louise's talents extend across a wide range of restorative dentistry and she has a particular interest in Paediatric Dentistry. This makes her a brilliant fit at William Street Dental where family dentistry is at the heart of everything we do. Her friendly, calming nature sets her apart and we are extremely proud to have her on the team!

Outside of dentistry, Louise enjoys running and is a skilled golfer who regularly plays in competitions throughout Ireland. 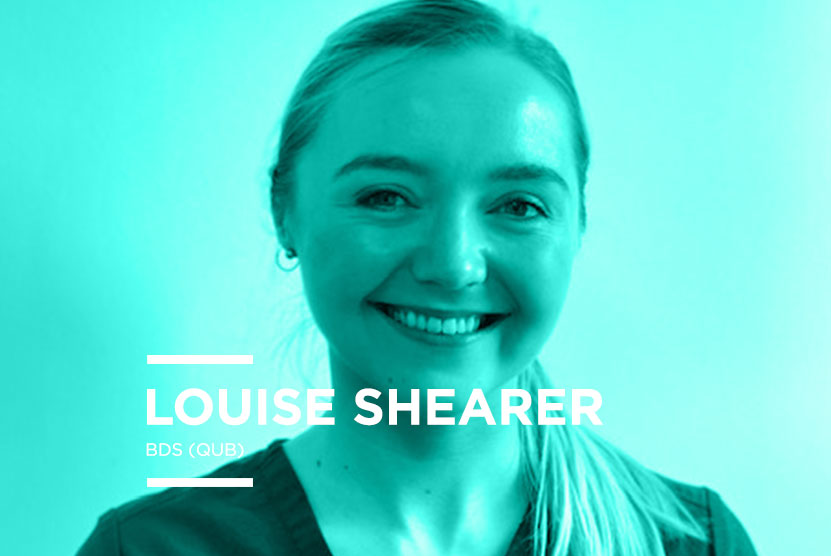 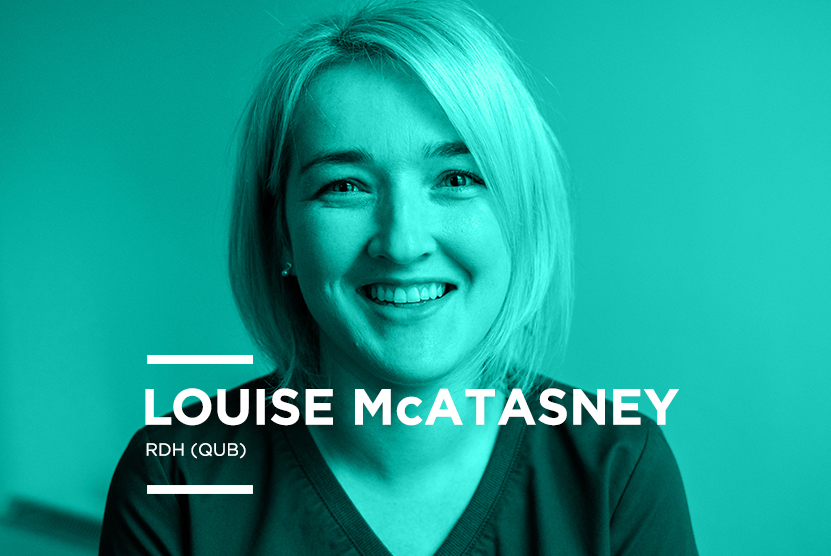 Louise earned her Diploma in Dental Hygiene from Queen's University Belfast in 2008.

Since joining the practice in 2018, Louise has played many key roles in addition to her expertise in hygiene, and has expanded her skills into working with orthodontic patients, radiography, anaesthesiology, impression taking, dental photography, application of children’s fissure sealants and assisting in tooth whitening treatments. She also works with nervous patients and advises those who wish to quit smoking.

Louise is a member of the Irish Dental Hygiene Association (IDHA) and the British Society of Dental Hygiene and Therapy (BSDHT) and opened Northern Ireland’s first independent dental hygienist practice in March 2019.

She is a keen runner and enjoys socialising with friends, when she gets the time, but above all else, values the time spent with her husband Sean and their two little boys Tom and Louis.

Grace joined the William Street team as a trainee in 2006 and completed her NEBDN National Certificate in 2008 and is our longest serving dental care professional. She has played a key role in developing our practice policies and procedures and upholding our high standards.

As well as earning her NEBDN Witness training, which allows her to train other Dental Nurses, Grace has completed the Practice Management Programme, an Institute of Leadership and Management (ILM) Endorsed Award and became our Practice Manager in October 2018.

Never one to rest on her laurels, Grace is currently enrolled in a course to gain a Level Five Certificate in Dental Practice Management and has plans to eventually complete a Diploma on the subject. 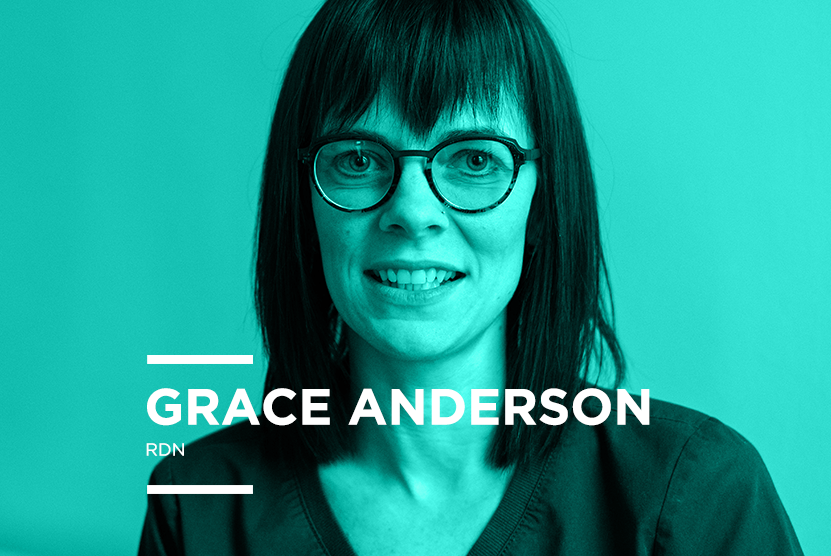 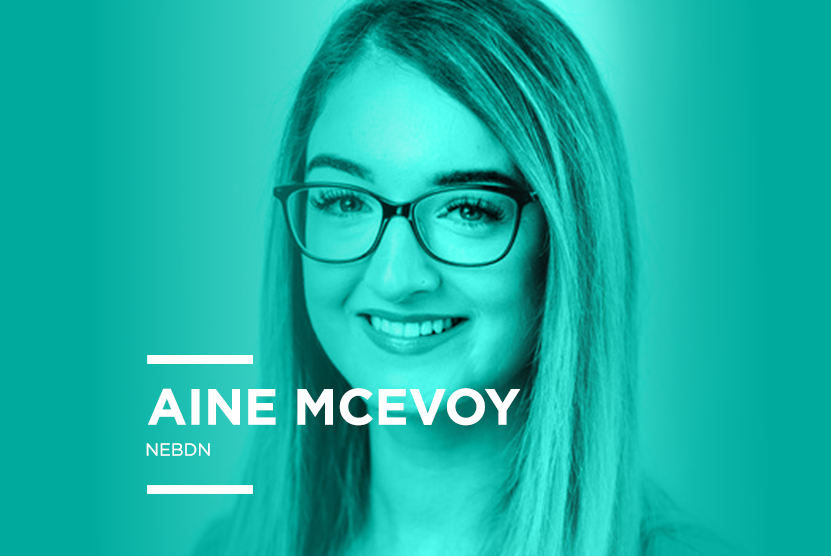 Aine joined William Street Dental in March 2018 and quickly proved herself to be an invaluable asset to our already outstanding team of healthcare professionals. Her friendly, approachable nature is appreciated by many of our patients especially those who suffer with dental anxiety.

Aine holds a NEBDN National Diploma in Dental Nursing and the role of Senior Dental Nurse at the practice. She is enrolled in the BDA course in Dental Radiography for Dental Care Professionals and has aspirations to complete further training in nursing for implant surgery.


Michaela joined the William Street Dental team in 2020 and has excelled in her role as a trainee dental nurse. She is currently working towards a qualification in Dental Nursing at Southern Regional College. Her friendly and positive attitude is what makes her stand out and she is particularly talented at making our patients feel at ease when in surgery. 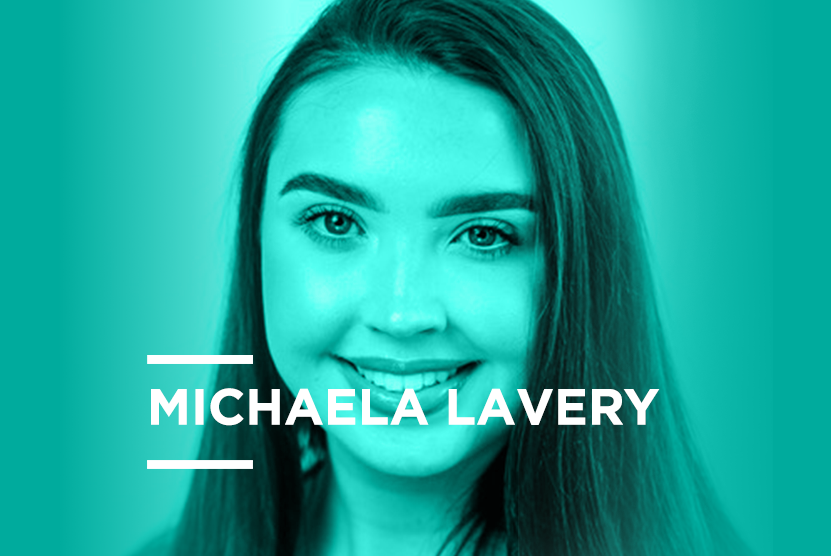